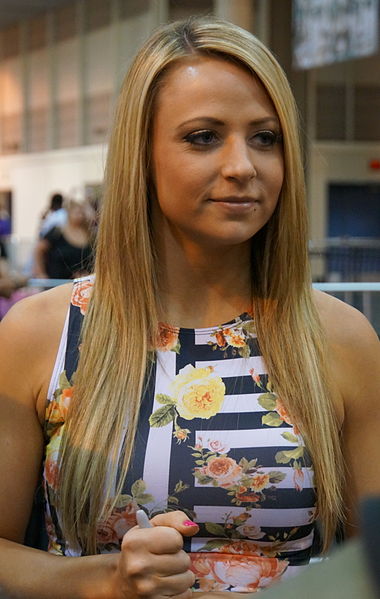 Start the clock again. More talented wrestlers may be returning to the indies.

We’re already counting down for Neville. Now you can add Emma to the list.

Emma is a classic example of how some things never change. The WWE seems to sabotage at least as many talented wrestlers as they set up for success. For every John Cena, who came in with a rocket strapped to his back, there’s a Nick Dinsmore/U-Gene, or a “Stuttering” Matt Morgan, or a Spirit Squad.

Emma was set up to fail from day one, which is a shame because she can go. She’s a Lance Storm student, and she’s just as talented as the WWE’s Four Horsewomen. Her release is a blessing in disguise for her career, and now she has the chance to write her own ticket. Who wouldn’t want to see her lock up with Tessa Blanchard, Santana Garrett, Rachel Ellering, or LuFisto? When her 90 day non-compete ends, don’t be surprised to see her show up in Shimmer, or Queens of Combat, or – dare I  say it? – Girl Fight. (Mad Man Pondo, take note!)

I don’t know as much about Darren Young, but I think he’s got a fair shot to find success outside the WWE as well. There’s certainly more opportunity now than there has been in years, and if he chooses to follow Cody Rhodes and Neville, he can go far.

I’m not sure we’ll see Summer Rae in the indies. I think it’s more likely she’ll pursue more film and TV, but I hate to see her go without ever truly getting a chance on the main roster. If you go back and watch her work in NXT, she could hold her own against any of the top women now in the company. Too bad the sabotaged her as well, putting her in the shrieking, helpless blonde at ringside role at ringside. As much as WWE wants us to believe they’ve turned the page on women in wrestling, Summer Rae is an example that some things never change.

Time will tell if this is the last of the house cleaning. Time will also tell if any of the “future endeavored” will be add to the current indy revival. If the drive is in them, Emma, Darren Young, and Summer Rae will find more opportunity to pursue future endeavors than their predecessors.