Louisville’s Greatest show is a labor of love that is truly four years in the making. When I started digging deep into Louisville’s rich wrestling history for Bluegrass Brawlers, I had no trouble finding stories about the OVW and Memphis years, but it was the “golden age” from 1935-1957 that fascinated me most. While I barely scratched the surface when I wrote Bluegrass Brawlers, Louisville’s Greatest Show will give you a year by year account of the Allen Athletic Club – the wrestlers, the shows, and the city that hosted them both.

In addition to the year by year account of the promotion and owners Heywood Allen and Francis S. McDonogh, Louisville’s Greatest Show also features more than twenty profiles of local and national wrestling stars, including:

Fred Blassie, before he was “classy”

Louisville’s Greatest Show is the story of a city that loved wrestling and the men and women who made wrestling a Tuesday night tradition. The book is filled with never-before-published photos and stories you won’t find anywhere else.

Louisville’s Greatest Show will be available on Amazon.com and other online retailers this weekend!

I was already excited to do my first wrestling convention this April. I’ll have a book table in the vendor’s hall with copies of Bluegrass Brawlers, Eat Sleep Wrestle, Lord Carlton, and the forthcoming Louisville’s Greatest Show on hand. But then my friend Mad Man Pondo unleashed this announcement today:

Per Jayson Maples of Heroes and Legends, “The fans asked for more ladies.” Good for the fans, and good for Heroes and Legends booking what will be a stellar card of entertainment. Mickie Knuckles is already an independent legend. Su Yung is one of the most talented performers today. And I can’t say how thrilled I am to see Samantha Heights on top of the card. She’s worked her butt off the last few years, and I’m happy to see her time to shine has come.

Heroes and Legends will take place April 9. Ric Flair, Ricky Steamboat, and Jerry “The King” Lawler are just a few of the legends scheduled to be in attendance. Visit their website for more information.

Early in my research on Louisville’s pro wrestling history, I found this photo in the U of L archives:

This week, my friend Herschel Zahnd took this photo of the same building with his drone:

Both photos will appear in Louisville’s Greatest Show, coming in March!

And yes, Herschel is for hire. If you need a drone pilot in the Louisville area, get in touch with me and I’ll connect you.

This is the best clip I’ve found of “The Black Panther” yet.

Jim Mitchell was a native of Louisville, Kentucky. Born in 1909, Mitchell was a football player who, under the advice of a high school coach, took up wrestling to fend off some bullies. He rode his bike between towns in Kentucky, Indiana, and Ohio in the 1920s when there was no color barrier because there were no other African American wrestlers working. Mitchell traveled the world, including Europe and Australia, and rose to become one of the top stars of his day.

You can read more about Mitchell here, and also in the book Bluegrass Brawlers.

Much more story to tell of this amazing man. The research continues!

It’s a cruel twist of fate that brought Little Jimmy to town on a weekend when his daddy will be absent, but it’s nothing new for the thirtysomething Cajun. Jim Cornette’s been absent Little Jimmy’s whole life, and he’s been ducking Little Jimmy ever Kenny Bolin first told Jim he was a father. That won’t stop Little Jimmy from having a good time this weekend when he makes his first public appearance Saturday afternoon at the Nerdy Planet!

The Nerdy Planet is Louisville’s newest and coolest destination for all things comic books and pop culture. Kenny Bolin and I will be there from 3-5 PM Saturday signing copies of Bluegrass Brawlers, Eat Sleep Wrestle, and I Probably Screwed You Too: The Mostly True Stories of Kenny Starmaker Bolin. As a special treat, we have invited Little Jimmy LeBeaux to be our guest, and yes, Little Jimmy will be available for pictures and autographs too!

Is it a shoot? Is it a work? This Saturday, you can meet Little Jimmy LeBeaux and decide for yourself if he is the true heir to the Cornette fortune. Bring your cameras, your autograph books, and your book money down to the Nerdy Planet Saturday from 3-5 PM,and let’s show Little Jimmy a little Louisville hospitality. 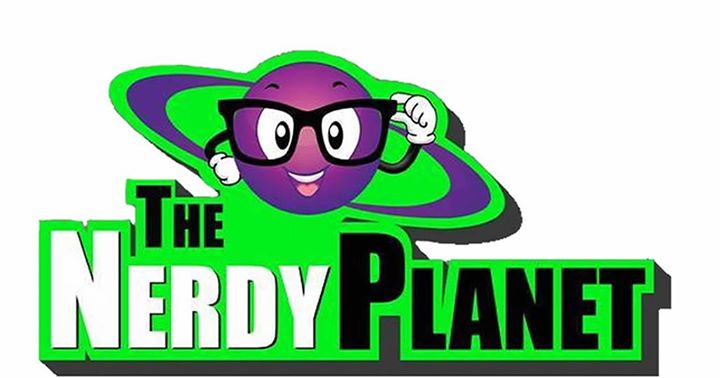 Want a fun warm up the day before the biggest wrestling show of the year? You can meet me and Kenny “Starmaker” Bolin Wrestlemania weekend at the Nerdy Planet in Louisville!

Kenny and I will be selling and signing copies of Bluegrass Brawlers, I Probably Screwed You Too, and much more. Plus you can hear some stories from Louisville’s wrestling past, including Kenny’s amazing run as the manager to the future stars at OVW.

Time to announce the release my next book project, coming in March!

From the author of Bluegrass Brawlers: The Story of Professional Wrestling in Louisville and the woman who co-founded Kranken Welpen, the world’s only heavy metal polka band, comes the story of a budding young athlete who went from sailor to royalty to artist by way of the wrestling ring.

Lord Carlton: Wrestler, Artist, My Father tells the story of Leo Whippern, a promising young artist from California who became one of the top stars of the golden age of wrestling. Whippern made a name for himself during the 1940s as Sailor Tug Carlson, but when he realized he was just another strapping young war veteran in black trunks, he traded in his sailor’s cap for a monocle.

Inspired by Lord Lansdowne, the same man whose gimmick inspired Gorgeous George, Whippern transformed himself into the British heel Lord Leslie Carlton. His new heel persona made him a rich man as he created drama in and out of the ring, but his family life after wrestling proved to be even wilder than any wrestling storyline.

Lord Leslie Carlton’s tale is a story of triumph and heartbreak. It’s the story of a stellar athlete and a talented artist, an eclectic migrant family, a tragic murder, a vengeful wife, and the daughter who somehow found the God her father never believed in.

Lord Carlton: Wrestler, Artist, My Father will be available in paperback this March on Amazon.com.

The Why Louisville store was the first retailer to carry Bluegrass Brawlers when it was released in 2014. Why Louisville is gone, but I’m happy to say another Louisville original is now carrying the book.

The Nerdy Planet is a labor of love owned by Ken and Myra Daniels. Ken and Myra are the founders of Fright Night Film Fest and FandomFest, along with several other pop culture conventions across the United States. They love all things pop culture and know how to put on a big show with big names, but they also have a huge heart for up and coming artists, dreamers, writers, and filmmakers.

The vision for The Nerdy Planet goes far beyond selling comics, toys, games, and autographs. It’s already a destination for gamers, and it’s on the way to becoming a show place for other artists. Kentucky filmmaker Jerry Williams, a cult favorite on Roku’s INC channel, recently held a film showcase at the store, and more artists are lining up to take advantage of the space.

All this to say The Nerdy Planet is more than just the place where you can get a copy of Bluegrass Brawlers (and my first illustrated kids book Frank Jordan: Evil Snowman); it is becoming the go-to destination to support local artists, writers, and filmmakers as well as pick up the latest issue of Deadpool.

The Nerdy Planet is located south of the Watterson at6470 North Preston Highway Unit 3 in Louisville. Follow them on Facebook and Twitter to stay up to date on future events and announcements.

Roni Jonah, who is now hosting Eat Sleep Wrestle: The Golden Age on the INC Channel, used to be a wrestler herself. In fact, when she was at Ohio Valley Wrestling in Louisville, she was the Miz’s valet/ girlfriend. Want to know how that happened? She shared the story with me for Bluegrass Brawlers. It’s a fun story involving Miz and Heyman, and whether you like him or not, we can all learn a little something about seizing the day from the Miz.

Roni was in the amateur class at OVW when Paul Heyman arrived, and one of her best friends was Seth Skyfire, a former OVW main eventer whose star had fallen in recent months.

“Seth was no longer getting time on the show because he wasn’t under contract with WWE,” says Jonah. “When Paul came down to OVW, he wanted to showcase those guys and give them a chance.”

Roni wanted to make sure Seth got noticed by the new boss. She sat with her friends dead center in the audience and held signs calling out for Seth. Heyman noticed, and when he put Skyfire back on TV, he was impressed with what he saw. Heyman was equally impressed by the determined young woman in the crowd. “One night, he told Seth to go out to the ring and kiss ‘his girlfriend’ in the audience,” says Jonah. “Seth said, ‘But, she isn’t my girlfriend.’ Paul said, ‘She is now.'”

Seth did as he was told, but the kiss was weaker than Heyman wanted. When Heyman called him out on the weak kiss, Mike “The Miz” Mizanin chimed in: “She can be my girlfriend.”

Shortly after the backstage incident, Roni “left” Seth Skyfire for the Miz on OVW television. The angle elevated the both of them to top heel status in OVW, and the Miz was one step closer to his his WWE dream.

Read more OVW stories and discover over 130 years of wrestling history in Louisville in Bluegrass Brawlers: The Story of Professional Wrestling in Louisville.

It’s been a year since I started this blog experiment, and it’s been exciting to see it grow. Here are the top ten posts from the past year:

1. The Black Panther Jim Mitchell – Still working on this book, though it’s taking longer than anticipated. Other opportunities and the difficulty of finding solid info on this forgotten trail blazer have made it difficult, but it’s still in the works. Happy to see this was the top post from year one.

2. Help Kenny Bolin Tell His Story – The story is now out and available from Amazon.com, with some help from fans who responded.

3. Everybody Loves Blue Pants – Interview with NXT’s most electric unsigned star. Thanks again to Mad Man Pondo for the hook up.

4. Who is Dean Hill? – Profile on OVW’s legendary announcer.

5. Khloe Belle Turns Hero – “Sista don’t care” in the ring, but outside the ring is another matter.

7. Is Shane Goode Enough? – Shane Mercer’s had a tough month, but he got some well deserved attention during the lead up to Tough Enough.

8. Meet the New Owner of HWA – A second life for a beloved promotion in Ohio promotion.

Given that independent wrestling dominates the top ten, you can expect more of the same in 2016 from this blog. I also have several book projects in the works in addition to the Black Panther. I’ve been working with the daughter of Lord Leslie Carlton on his biography. I just started a book on women’s wrestling. And research continues on a new Louisville book focused on the Allen Athletic Club of the 1930s-1950s.